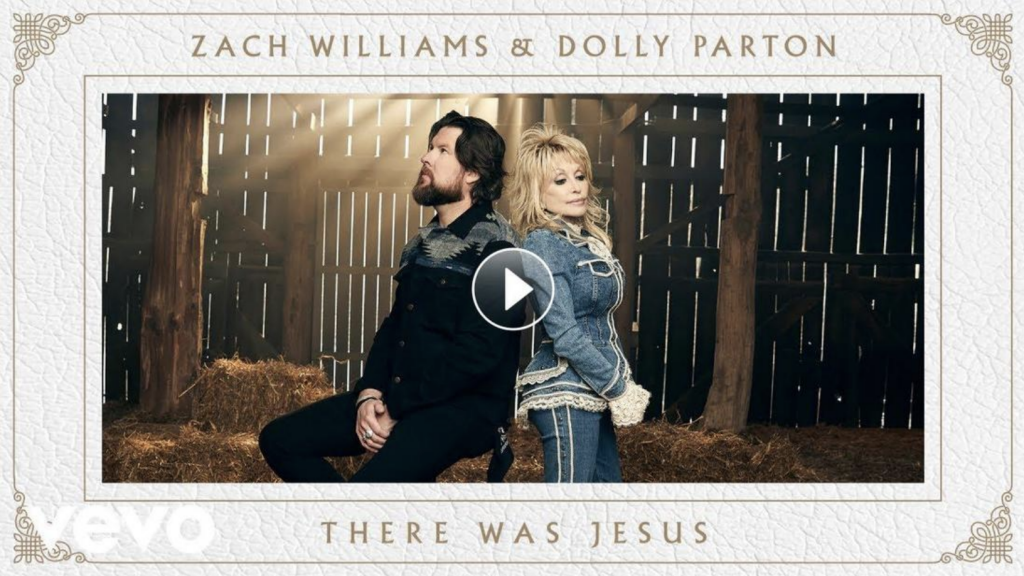 Song is Now at Christian and Country Radio

24 April 2020 – Franklin, TN – The new music video for “There Was Jesus” from GRAMMY Award®-winning artists Zach Williams and Dolly Parton makes its debut today. The single is also now at Christian and Country radio.

It was last November when the stunning duet from Williams and Parton was shared live with the world when they performed “There Was Jesus” at the 53rd Annual CMA Awards (featured below). Since their epic performance, the song has gained extraordinary momentum and has become Williams’ most consumed song to date along with the title track from his 2019 album, Rescue Story.

“When I first heard ‘There Was Jesus,’ it was one of the best songs I’d ever heard,” Parton shares about being featured on the song. She continues, “I loved Zach’s voice, and at that time I wanted to do something more uplifting. I felt like it was a Godsend, so I thought yes, this is my record and I’m going to sing with him on it! I’m really proud of how it turned out. I think people are going to get a blessing out of it. I know I have.” Regarding Williams’ experience working with Dolly Parton, from recording the song to performing it live on the CMA Awards to ultimately filming the music video, he says, “Dolly has been a champion since day one of this song. I never thought in a million years this would happen, and the entire experience working with her has truly been an honor and a privilege. I cannot wait to share the song and video with all of you.”