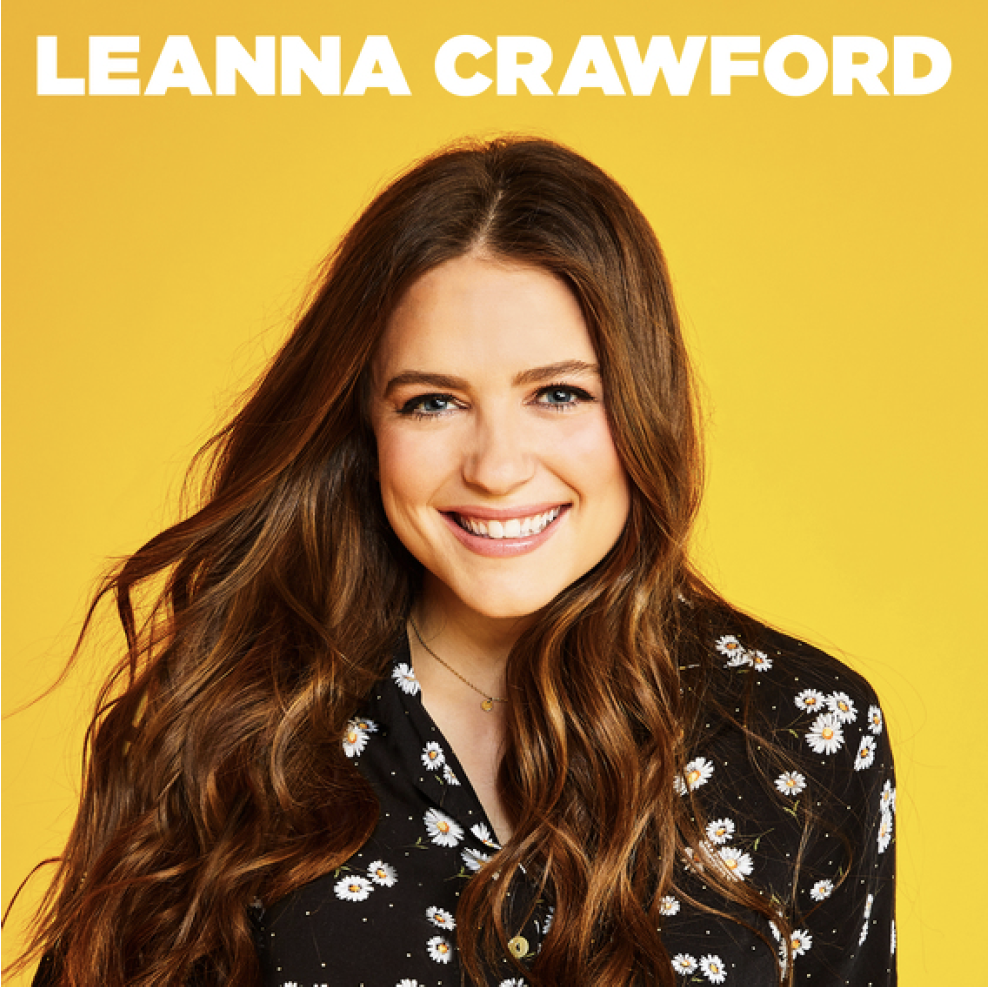 “I’m thrilled to release my self-titled EP,” Crawford exclaims. “Each one of these songs means the world to me. They are honest and vulnerable, and I hope they bring you closer to the One who loves you the most!” Thanks to the current radio single “Truth I’m Standing On,” Crawford’s music is doing just that. For a listener who heard the song for the first time on her local station, she shared, “It brought me to tears and is excellent for the times we are facing.”

Crawford’s career began to flourish in college when she met GRAMMY-nominated and Dove-award winning recording artist Matthew West at a songwriting conference, which eventually led to a publishing deal and her debut independent EP, 2018’s Crazy Beautiful You. Crawford is also the first artist to sign with West’s record label Story House Music, a joint venture with Provident Label Group.

Since Leanna Crawford started writing music, she was quickly recognized for her gift of writing grounded and honest lyrics, making her feel more like a friend, more approachable than untouchable. Her honesty and passion for not being enough, yet being enough in Christ, is the message she is called to share, particularly to young women. She first felt the call to minister to young women during a mission trip she took to Haiti while in high school, and Crawford recalls telling her mom when she returned, “I’ve never felt something so strong in my life. This is what I’m supposed to do, and I have no idea what that looks like.”

Now, as a Christian artist who has the opportunity to record and perform songs to encourage girls everywhere, Crawford has certainly discovered what that calling from God would look like. With her love of performing, she is more than ready to share her new songs live. While Crawford’s spring tour and summer dates have been postponed due to COVID-19, plans are underway when touring will resume around the country.

ABOUT LEANNA CRAWFORD: Hailing from rural Washington state, the singer-songwriter has been writing, touring, and performing with some of the biggest names in the Christian music industry for the past three years. To date, she has already shared the stage with Matthew West, Michael W. Smith, Matt Maher, and Jeremy Camp, gaining more experience than many artists do in a decade. Along with her newly released EP and 2018’s Crazy Beautiful You, she also released two Christmas tunes in 2018. For more information, visit LeannaCrawford.com and check out her social links below.