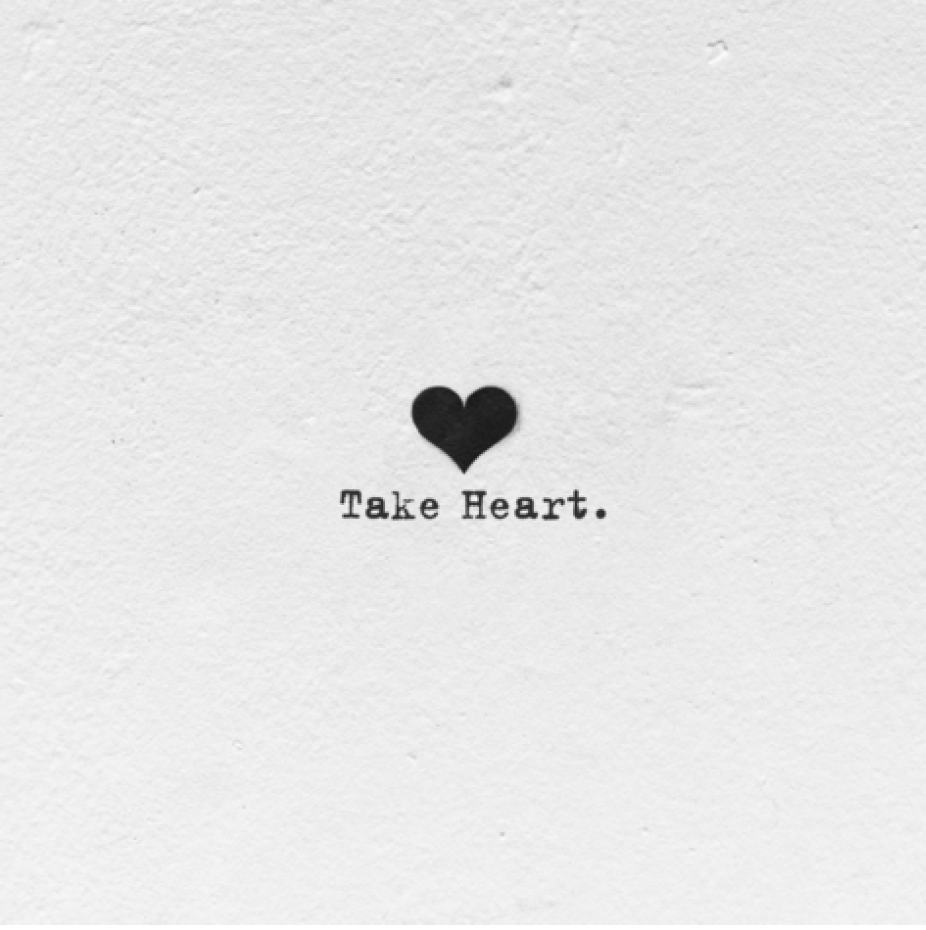 My family’s happy place is the beach. I wish we could be there now. But like the rest of the world, we are on lockdown. I was thinking the other day about one particular windy day at the beach when I decided to take a dip in the ocean despite the especially strong waves. The waves were relentless, and kept hitting me one after the other. No matter how firmly I planted my feet in the sandy ocean floor, the waves were too much and knocked me over. That’s how I’ve felt lately with the state of our world. Wave after of wave has hit me and threatened to take me under. Waves of doubt. Waves of fear. Waves of anxiety. Waves of financial pressure. Waves of questions. Waves of sleeplessness. But unlike that sand under my feet that gave way and let me fall, I know I have a firmer foundation to stand on in this life. “In this world you will have trouble. But take heart! I have overcome the world (John 16:33)” This song, “Take Heart” was written in the middle of one of those waves and it brought me a little peace. May it do the same for you.

ABOUT MATTHEW WEST: Matthew West is a five-time GRAMMY® nominee, a multiple ASCAP Christian Music Songwriter/Artist of the Year winner and a 2018 Dove Award Songwriter of the Year (Artist) recipient. He has received an American Music Award, a Billboard Music Award, a K-LOVE Fan Award and named Billboard’s Hot Christian Songwriter of the Year. A recipient of the Rich Mullins Impact Award, West also received a Primetime Emmy® Award nomination for Original Music & Lyrics for the title track for the feature film “The Heart of Christmas.” He has been awarded a RIAA Gold certification for his single “Hello, My Name Is” and RIAA Platinum certification for the song “The Motions.” In addition to his own recording career, he has co-hosted the K-LOVE Fan Awards five times and has more than 130 songwriting credits to his name, including cuts by Rascal Flatts, Scotty McCreery, Michael W. Smith, Amy Grant, Mandisa, Danny Gokey and others, along with back-to-back No. 1 songs by Casting Crowns including their recent single, “Nobody,” which features West. He was also nominated for a GRAMMY Award in 2019 for Casting Crowns’ song, “Only Jesus,” as a songwriter. In February this year, West released his new studio album, Brand New, which has already produced the multiple-week No. 1 single, “The God Who Stays.” The official music video has also impacted his audience hitting more than 6.7 million views.

Adding author to his list of accolades, West has written five books to date: Give This Christmas Away, The Story Of Your Life, Forgiveness, Today Is Day One and his latest, Hello, My Name Is. He is also passionate about providing hope and healing through the power of prayer and story. Along with his father, Pastor Joe West, they founded popwe, a non-profit ministry helping others to craft, share, and live a more meaningful life. Please visit popwe.org for more information.