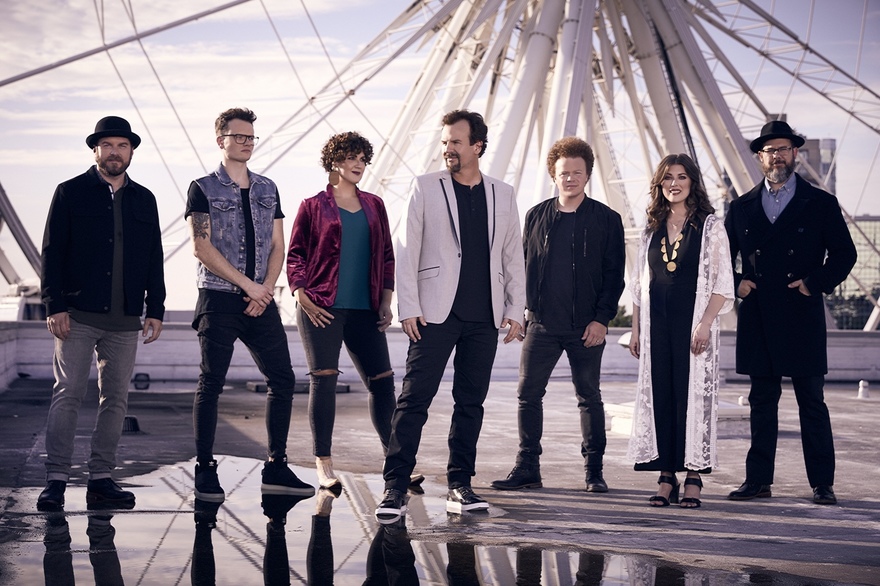 CASTING CROWNS CELEBRATES MONUMENTAL 2019 AS THEY LAUNCH INTO THEIR 2020 TOURING SEASON THIS WEEK; Group Is Most Ranked, Highest-Grossing Christian Touring Artist

NASHVILLE, TENN. (MARCH 03, 2020) – As they launch their spring 2020 touring season with the “Only Jesus Tour” this week, GRAMMY-Award® winning and multi-RIAA Platinum®-selling group Casting Crowns celebrates a highly successful 2019. It has been nearly two decades since the group’s label debut and Casting Crowns continues to achieve career milestones through numerous chart-topping hits and touring that drives their music consumption to position them as one of the top-performing Christian artists today and in the history of Christian music.

Last year alone it was Casting Crowns songs that spent the most weeks at No. 1 at Christian radio (according to Nielsen), naming them the only faith-based artist to rank consecutively in the Top 10 of the annual Christian Airplay Year-End chart over the last four years. Additionally, their latest singles “Only Jesus” and “Nobody (ft. Matthew West)” were the group’s 14th and 15th career No. 1’s. Casting Crowns’ current single, “Love Moved First” is currently in the Top 20 on the Billboard Christian Airplay chart. The single is already spinning at K-LOVE, WAY-FM, and other major markets across the US like Baltimore, St. Louis, New York City, Chicago, Columbus, Cincinnati, and Grand Rapids.

“Only Jesus,” the title track of their current album release, was nominated for this year’s GRAMMY Awards for “Best Contemporary Christian Music Performance/Song.” Along with “Nobody (ft. Matthew West),” the two songs alone have more than 141 million streams LTD. Last year, Casting Crowns released more than 50 pieces of content helping to grow their subscriber base on YouTube by 40 percent and are closing in on one million total subscribers. “Only Jesus” and “Nobody (ft. Matthew West)” have more than 56 million LTD views on their channel.

While Casting Crowns blazed trails at radio in 2019, the group also continued their enormous impact with fans through their live shows. They are currently the highest-ranked Christian artist, coming in at No. 18 on Pollstar’s Global Concert Pulse, which ranks each artist by its average box office gross per city worldwide based on data reported in the last three months. Casting Crowns also ranks the highest among all Christian artists and tours, grossing more in ticket sales than any other Christian act over the last three years. The group has also been strong advocates for children in need through their partnership with Compassion International, and to date Casting Crowns has united more than 131,000 children living in poverty with sponsors. The “Only Jesus Tour” kicks off this Thursday, March 5th in West Lafayette, IN with special guest and labelmate Matthew West. Click here for tour dates and tickets.