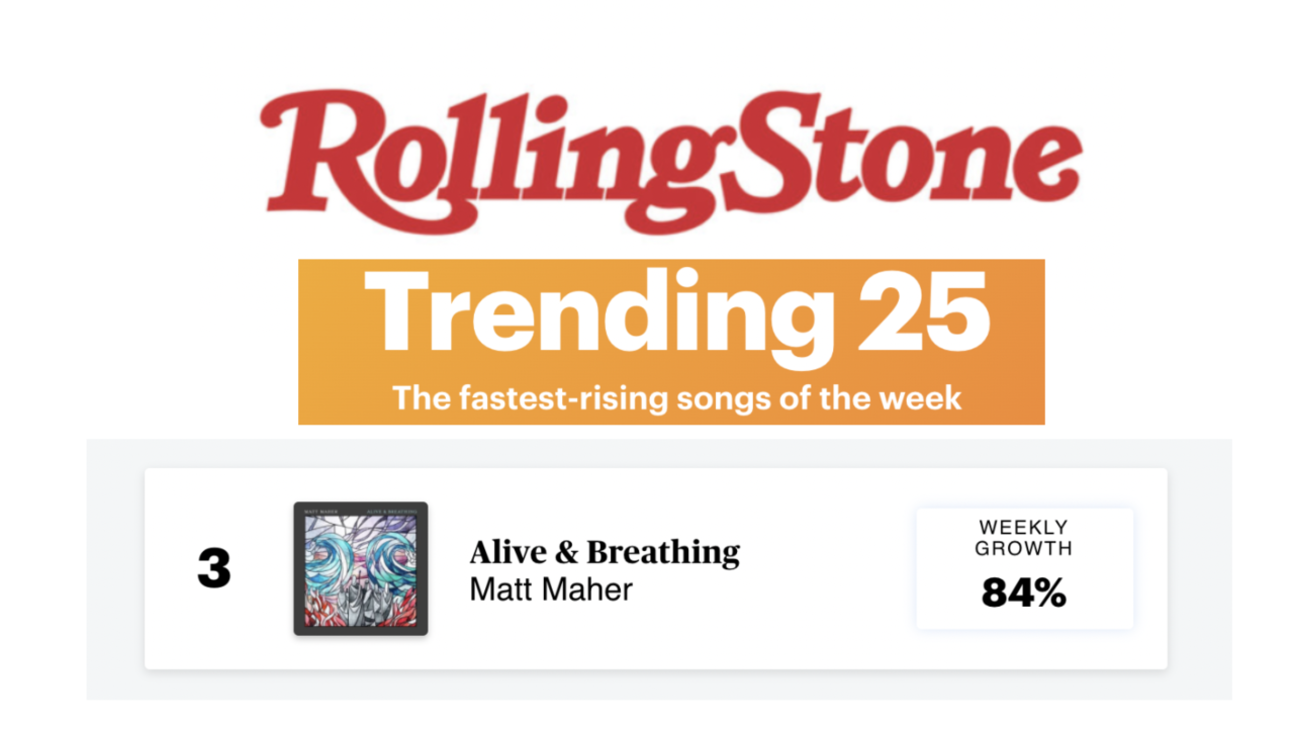 ABOUT MATT MAHER: Since his 2008 major label debut, Matt Maher has become a staple in the artistic and songwriting community. A nine time-GRAMMY® nominee and three time-GMA Dove Award® winner, he has garnered multiple radio successes, writing and recording songs such as his Top 5 CCLI song “Lord, I Need You” and the chart-topping radio single “Because He Lives (Amen).” Along with other hits such as “Hold Us Together,” “Christ Is Risen,” “All The People Said Amen,” and “Your Grace Is Enough,” Maher has written or co-written five No. 1 radio singles.

Matt Maher achieved a career highlight in 2013 when he performed at the Vigil Mass presided by Pope Francis, in front of a crowd of three million people for World Youth Day in Rio de Janeiro. Two years later he performed again for the Pope in downtown Philadelphia as part of the World Meeting of Families, appearing along with The Fray, Aretha Franklin, Juanes, Jim Gaffigan, and Mark Wahlberg, among others. Maher also recently joined the elite group of musicians and artists as an official Steinway Artist.

Since 2006, Matt Maher has been on the road headlining his own tours and performing at major Catholic and Evangelical events. Maher has also participated in the industry’s biggest tours and festivals, such as the Worship Night In America with Chris Tomlin, Compassion Live’s The Roadshow, and Tobymac’s Hits Deep Tour. Maher has also toured with such artists as Michael W. Smith, Tenth Avenue North, Mercy Me, Third Day and Casting Crowns. For the most updated information, visit MattMaherMusic.com.