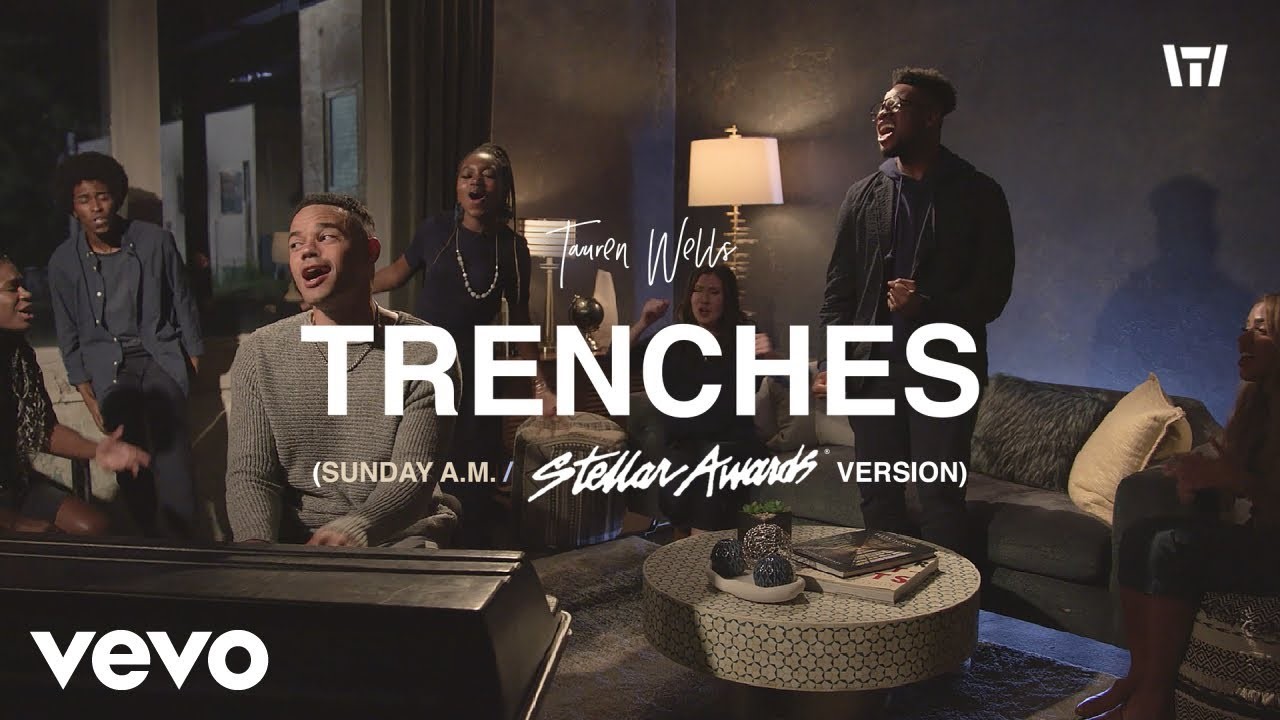 “This song is going to take you in,” Tauren says regarding the Stellar Awards version of “Trenches.” “I’m honored to work with Donald Lawrence on this version of a song Ethan Hulse and Chuck Butler wrote with me. I hope this song reminds you that you are not alone – the King is in the trenches with YOU!”

Creating a fresh take on his song “Trenches,” Tauren paired up with Donald Lawrence, collaborating in the studio with the prolific choir master/producer to record the new track. Wells’ new version creates a powerful soaring anthem with his vocals and the featured voices of Lawrence and his choir group Company. Listen to Tauren’s new take on “Trenches” here.

The standout performance at the Stellar Awards produced immediate dividends for Tauren, increasing his Spotify audience by 20k listeners in the 24 hours following his performance. Currently, Tauren is up to 1.67 million monthly listeners on Spotify. “Trenches (Sunday A.M. Version)” has been placed on Apple Music’s New Releases Flowcase and Hot Tracks Slider playlists and is the No. 1 featured track on Deezer’s Gospel Hits playlist.

Tauren Wells is a six-time GRAMMY® nominated artist, four-time GMA Dove Award winner, platinum-selling singer/songwriter, multi-instrumentalist, entrepreneur, as well as a public speaker. Accumulating 516 million total solo career domestic streams with nearly 1.9 billion audience impressions in the US, Tauren has established himself as one of the most talented and exciting young artists in the music industry today. Known for tracks like the Platinum-selling hit “Hills and Valleys,” as well as the Gold-certified “Known,” the five-time No. 1 hitmaker released his second full-length album Citizen of Heaven in January 2020.

For more information on Tauren Wells, go to: