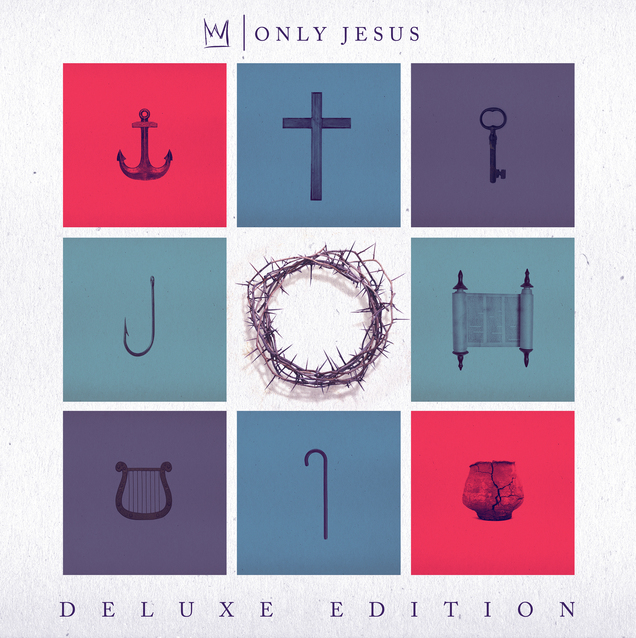 NASHVILLE, TENN. (SEPTEMBER 25, 2020) – GRAMMY-Award® winning and multi-RIAA Platinum®-selling group Casting Crowns releases a deluxe edition of their 2018 popular album, Only Jesus. The special edition of the album includes the 12 original songs plus three alternate versions of the songs, “Only Jesus,” “Nobody” and “Start Right Here.” The Deluxe Bundle on Apple will contain an astounding 31 pieces of content: 15 audio versions of the tracks plus 16 videos. Click here to check out the special deluxe edition of Only Jesus.

Only Jesus was released in 2018 and has produced two No. 1 radio singles, including the group’s 15th career No. 1 radio single, a GRAMMY nomination, a 2019 Dove Award, two 2020 Dove Award nominations and most recently this week two Billboard Music Awards’ nominations for “Top Christian Album” and “Top Christian Song” (“Nobody” ft. Matthew West). The impact of this album nearly two years later include more than 280 million streams life to date. The videos for the title track and “Nobody” each have more than 30 million views.

When the group released the album in November 2018, Casting Crowns’ frontman Mark Hall asked the question: “What does it look like when Jesus is our only answer?” The thoughtful question still applies today especially amongst a global pandemic and social unrest.

“The theme that continued to come up while working on these new songs was that I am not the point – it is not about me, it is about pointing to Him,” shares Hall about Only Jesus. “God is already at work in our lives, and He has a plan that He places us in so that others can know Him. We are here to show the way to God by how we live, how we react to difficult situations, how we handle trials and troubled relationships. Our hope is that through these songs, you can see what it looks like when Jesus is our only source, our only solution and we are pointing to only Jesus.”

Casting Crowns is currently wrapping up their 50-city Drive-In Theater Tour with Awakening Events. They have been able to bring music and entertainment to families and fans who need encouragement and uplifting music during this season. Casting Crowns ranks the highest among all Christian artists and tours, grossing more in ticket sales than any other Christian acts over the last three years.