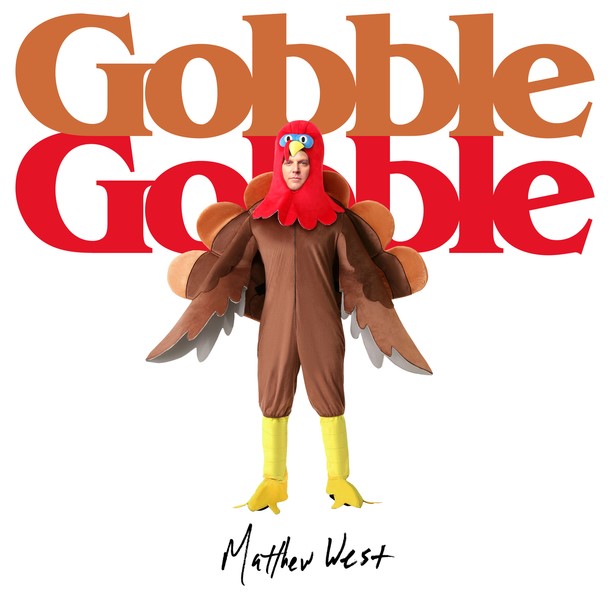 Today Matthew West shares a Thanksgiving tune and music video featuring his family that you do not want to miss this holiday season. “Gobble, Gobble” is available now along with the video link below.

We all know what a hard year 2020 has been. There hasn’t been much to laugh or smile about. Kinda feels like we’ve lived five years in one. So, I decided I needed to laugh. I wrote this song, not because I thought it would be my life’s defining work (I pray it’s not!) And not because I thought it could be a No. 1 hit (although it is pretty catchy!) I wrote it simply because it gave me and my family a much needed laugh. I hope in its own weird way, “Gobble Gobble” can put a smile on your face and remind you and your family that even in the heaviest of years we have much to be thankful for. Gobble, Gobble everyone. – Matthew West

ABOUT MATTHEW WEST: Matthew West is a five-time GRAMMY nominee, a multiple ASCAP Christian Music Songwriter/Artist of the Year winner (including 2020), and a 2018 Dove Award Songwriter of the Year (Artist) recipient and has RIAA Gold certified and RIAA Platinum-certified singles. He has received an American Music Award, a Billboard Music Award, a K-LOVE Fan Award, and named Billboard’s Hot Christian Songwriter of the Year. West also received a Primetime Emmy® Award nomination for Original Music & Lyrics for the title track for the feature film “The Heart of Christmas.” In addition to his own recording career, he has more than 130 songwriting credits to his name, including cuts by Rascal Flatts, Scotty McCreery, Michael W. Smith, Amy Grant, Mandisa, Danny Gokey, and others, along with back-to-back No. 1 songs by Casting Crowns including their single, “Nobody,” which features West. He was also nominated for a GRAMMY Award in 2019 for Casting Crowns’ song, “Only Jesus,” as a songwriter. West also co-wrote Jeremy Camp’s multi-week No. 1 song, “Keep Me In The Moment.” Earlier this year, he released his new studio album, Brand New, which already produced the multiple-week No. 1 single, “The God Who Stays.” In August 2020, he launched his official podcast, “The Matthew West Podcast.”