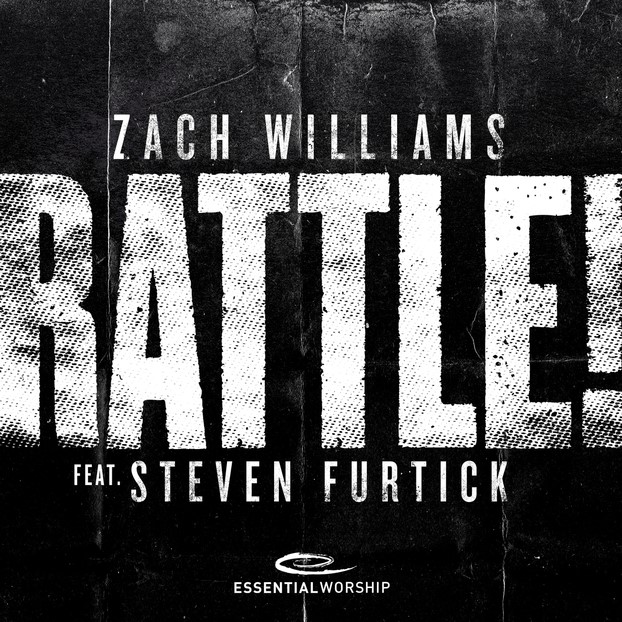 13 November 2020 – Franklin, TN – In partnership with Essential Worship, GRAMMY Award®-winning artist Zach Williams announces the release of his cover of “Rattle!” featuring Pastor Steven Furtick. Written by Furtick, Chris Brown, and Brandon Lake and originally recorded by Elevation Worship, “Rattle!” is one of the newest and fastest-growing anthems for the church in 2020. A lyric video also drops today and can be viewed below.

“‘Impossible’ and ‘disappointment’ are two words that have plagued our culture in this season,” Williams shares. “I want these words to be replaced with ‘power’ and ‘miracles.’ As a musician with a platform, I want ‘My God is able’ to rattle the minds of the listeners. The first time I heard this song, the raw power and emotion of this song impacted me greatly, and I want this song to be a reminder to all that God IS able and he IS doing great things.”

A “Rattle!” contest is also well underway with Tunespeak. With already more than 160,000 entries at press time, the contest runs through December 4 and offers numerous giveaways such as a Fender guitar, Alclair monitors, along with Zach Williams and Essential Worship merchandise. Click here to enter and to find out more information.

Despite his “Rescue Story Tour” plans postponing due to COVID-19, Zach Williams was able to tour with Big Daddy Weave this past fall on numerous drive-in tours around the U.S. Plans for the upcoming year will soon be announced. And just in time for the holidays, Williams just released his resounding version of “Go Tell It On The Mountain,” which was recorded at the legendary Fame Recording Studio in Muscle Shoals, Alabama. The music video, which shares the recording of the song, is also out now and can be viewed here.

Williams’ latest single, “There Was Jesus,” his duet with Dolly Parton, held the No. 1 spot at radio for multiple weeks. And it was a year ago when the duo debuted the song during the live broadcast of the CMA Awards. “There Was Jesus” is featured on Rescue Story, which features the GRAMMY-nominated title track. Rescue Story was nominated for a GMA Dove Award (Pop/Contemporary Album of the Year) and won for Best Recorded Music Packaging. Williams was also named this year’s GMA Dove Awards Songwriter of the Year (Artist).

ABOUT ZACH WILLIAMS: As a husband, father, recording artist, and songwriter, GRAMMY® winner (Best Contemporary Christian Album, Chain Breaker, 2018), four-time GRAMMY nominee, and multi-GMA Dove Awards winner, Zach Williams continues to make history. Achieving multiple weeks at No. 1 with “There Was Jesus,” his duet with Dolly Parton, along with two consecutive radio No. 1 hits for 35 weeks as a debut artist (“Chain Breaker,” “Old Church Choir”), Williams’ music comes from a place of humility and honesty as his songs are a direct reflection of God’s redemption in his life.

Williams, who performed with Dolly Parton (“There Was Jesus”) at 2019’s 53rd Annual CMA Awards, has won six GMA Dove Awards (Artist of the Year; New Artist of the Year; Pop/Contemporary Recorded Song of the Year, “Chain Breaker;” Pop/Contemporary Song, “Old Church Choir;” Songwriter of the Year/Artist; Recorded Music Packaging, Rescue Story) and a K-LOVE Fan Award (“Chain Breaker,” Breakout Single). Williams was also named Billboard’s 2017 Top Christian Male Vocalist and New Artist of the Year, as well as CCM Fan Awards’ Favorite New Artist Of The Year. Apple Music chose him as Artist of the Week (2016), while “Chain Breaker” was the top track of 2016 on iTunes’ Christian Songs chart. Williams has also been awarded by BMI with four Citation of Achievement awards for his singles “Chain Breaker,” “Old Church Choir,” and “Fear Is a Liar,” recognizing the songs for their national popularity and reach.
From the start Williams has continuously been on the road, sharing his music and messaging with not only the country but the world. For more information, visit ZachWilliamsMusic.com.