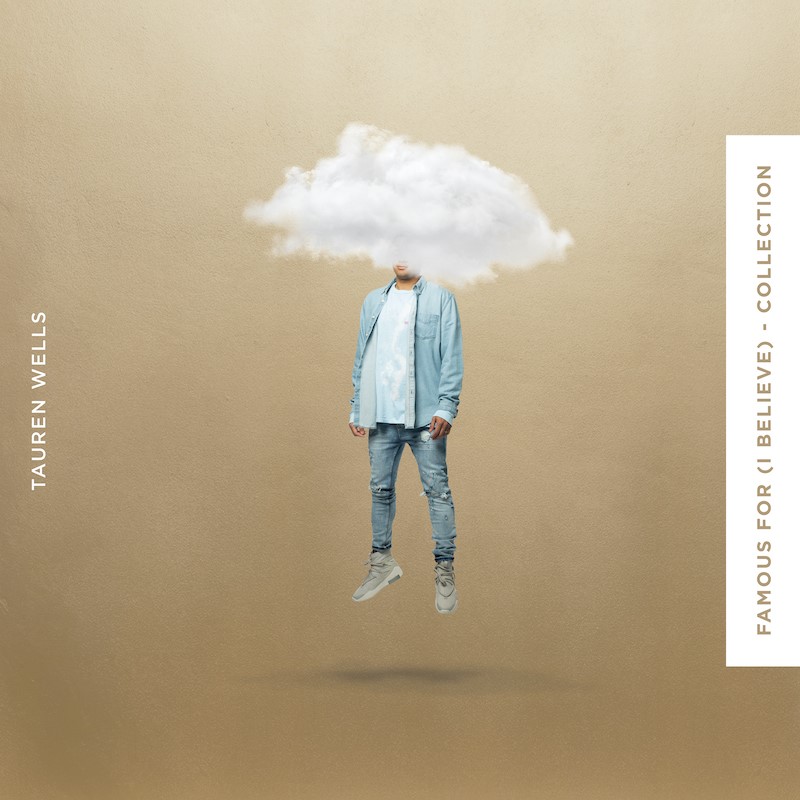 TAUREN WELLS RELEASES FAMOUS FOR (I BELIEVE) – COLLECTION; INCLUDING MULTI-GENRE VERSIONS OF THE GRAMMY®-NOMINATED NO. 1 HIT SONG

The release of this collection comes on the heels of exciting news for the multi-talented artist. Tauren is nominated for two GRAMMY awards – Best Contemporary Christian Music Performance for “Famous For (I Believe),” and Best Contemporary Christian Music Album for Citizen of Heaven. The 63rd GRAMMY Awards will be broadcast on Sunday, Jan. 31, 2021, on the CBS Television Network at 8 p.m. ET / 5 p.m. PT.

In addition, Tauren has been growing his resume with the debut of his podcast The High Note with Tauren Wells, released every Friday to end each week on a “high note” with stimulating and inspiring conversations around cultural, faith-oriented, and life-focused issues. On today’s episode, Tauren runs through walls with special guest 2x national champion, multi-sport athlete, and motivational speaker Tim Tebow. Check out the engaging conversation and other episodes of The High Note podcast here.

Earlier this year, Tauren took home awards for Contemporary Christian Music Artist of the Year, and Pop / Contemporary Album of the Year for Citizen of Heaven at the 2020 Dove Awards following a historic multi-genre collaborative performance of “Famous For (I Believe).” Today, that stunning performance has been released, giving viewers a recap into one of the most emotive performances of the year. Jenn Johnson, Christine D’Clario, and Jekalyn Carr joined Tauren to give a towering vocal performance of “Famous For (I Believe),” available to watch here.

About Tauren Wells: Tauren Wells is an eight-time GRAMMY® nominated artist, six-time GMA Dove Award winner, platinum-selling singer/songwriter, multi-instrumentalist, entrepreneur, as well as a public speaker. Accumulating 776 million total solo career global streams with over 1.95 billion audience impressions in the US, Tauren has established himself as one of the most talented and exciting young artists in the music industry today. Known for tracks like the Platinum-selling hit “Hills and Valleys,” as well as the Gold-certified “Known,” the five-time No. 1 hitmaker released his second full-length album Citizen of Heaven in January 2020.