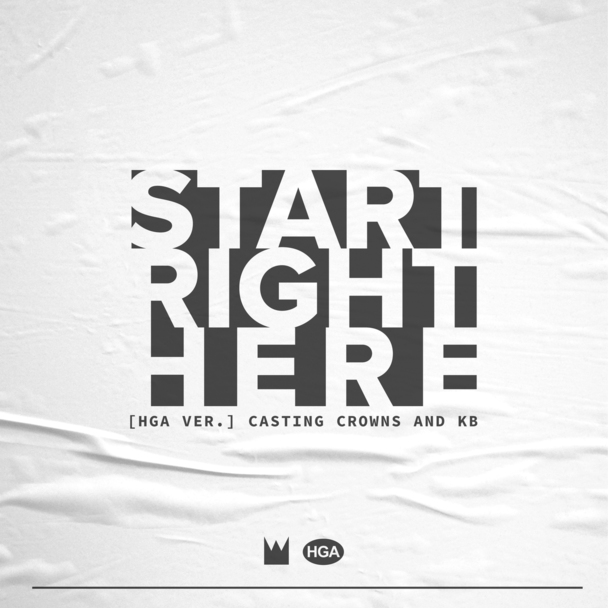 “I feel united with Casting Crowns as co-conspirators for the Gospel,” shares KB. “It was an honor to be invited to contribute to this powerful appeal to the Church’s greatest purpose – reflecting the glory of God over all things!”
The song can be originally heard on the group’s hit 2018 album, Only Jesus. The album version is the current radio single and is already a Top 10 single and has more than 11.5 million streams to date. The lyrics are impactful and this new version showcases the message in a new light.

“I have been a KB fan for years,” says Mark Hall frontman of Casting Crowns. “He loves Jesus, he loves people, and he loves God‘s word. It’s an honor to join with him and speak the truth in love to the church. Change that lasts has to start with God’s people!”

ABOUT KB: KB, born Kevin Burgess, is an award-winning hip-hop artist & businessman from St. Petersburg, FL. Since his debut in 2012, KB has seen continuous success on Billboard’s Top 200 Album Chart and has reached top 5 on Billboard’s Top Rap Albums Chart on numerous occasions. Given his commanding presence and consistent output, KB has naturally stepped into the role of creative visionary for his clothing business – Native Supply – and as host and co-producer for the spiritual podcast Southside Rabbi.
For more information, visit whoiskb.com.