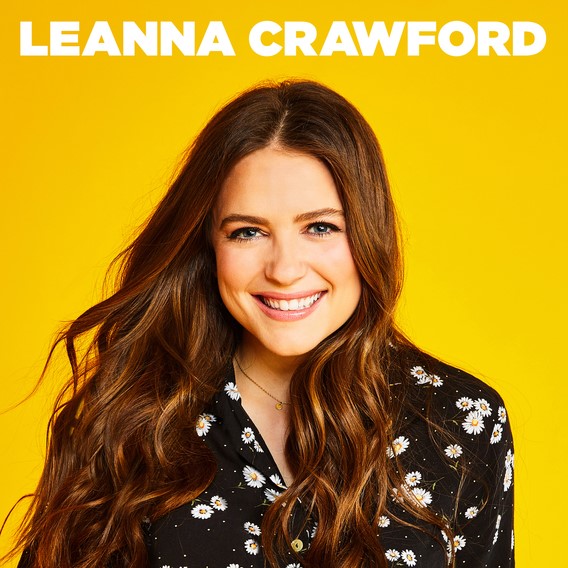 THE LATEST MUSIC VIDEO FROM LEANNA CRAWFORD DROPS TODAY FOR “MEAN GIRLS”; Video Released In Partnership With To Write Love On Her Arms And Hope Squad

Provident Label Group and Story House Collective have released “Mean Girls,” the poignant new music video from singer and songwriter Leanna Crawford. “Mean Girls,” her current radio single, is featured on her self-titled six-song EP debut with the label. Sharing the message of the song, Crawford explains, “The words we use are powerful. Some words can build people up while other hurtful words can tear down. Sadly, we’ve all experienced the latter and it’s those words that we just can’t seem to get out of heads no matter how old we are. I wrote this song as a prayer for myself but also for you because sometimes we need to be reminded that our worth is so much more than words.”

Leanna Crawford partnered with To Write Love on Her Arms for the video release of “Mean Girls.” To Write Love on Her Arms is a non-profit movement dedicated to presenting hope and finding help for people struggling with depression, addiction, self-injury, and suicide. TWLOHA exists to encourage, inform, inspire, and also to invest directly into treatment and recovery. Since its start in 2006, TWLOHA has donated over $2.7 million directly into treatment and recovery and answered over 210,000 emails from over 100 countries. To learn more and get involved, visit twloha.com. Sharing the message of “Mean Girls,” To Write on Her Arms joined Leanna in an Instagram live on release day, viewable here.

She also partnered with Hope Squad for the music video release. Hope Squad is a school-based, peer-to-peer suicide prevention program with the goal to reduce youth suicide through education, training, and peer intervention. Hope Squad members are nominated by their classmates as trustworthy peers and trained by advisors. Working together, there is HOPE that suicide can be prevented. Find out more at hopesquad.com. Crawford will also be featured as the assembly speaker for Hope Squad’s annual Day of Hope taking place February 12.

Additionally, she wrote a five-day devotional for Bible.com inspired by the song. She shares, “Join me as we walk through the importance of God’s words for us and how we can use our words for His glory in this devotional on the YouVersion Bible App.” Click here or on the image below to find out more.

ABOUT LEANNA CRAWFORD: Hailing from rural Washington state, the singer-songwriter has been writing, touring, and performing with some of the biggest names in the Christian music industry for the past three years. To date, she has already shared the stage with Matthew West, Michael W.  Smith, Matt Maher, and Jeremy Camp, gaining more experience than many artists do in a decade.

Her career began to flourish in college when she met Matthew West at a songwriting conference, which eventually led to a publishing deal and her debut independent EP, 2018’s Crazy Beautiful You. Along with releasing two Christmas tunes that same year, she is the first artist to sign with West’s record label Story House Collective, a joint venture with Provident Label Group.

Since Crawford started writing music, she was quickly recognized for her gift of writing grounded and honest lyrics, making her feel more like a friend, more approachable than untouchable. Her honesty and passion for not being enough, yet being enough in Christ, is the message she is called to share, particularly to young women. Now, as a Christian artist who has the opportunity to record and perform songs to encourage girls everywhere, Crawford has certainly discovered what that calling from God would look like.