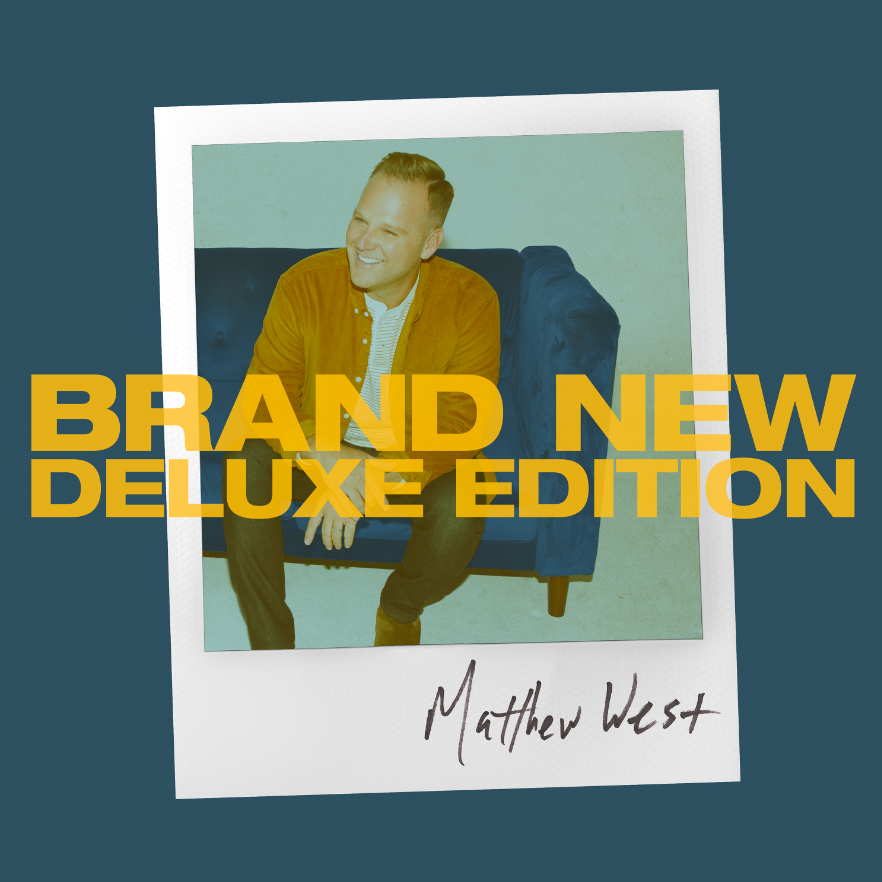 Also releasing today, West is offering an exclusive Brand New Deluxe Edition through Apple Music. This specialized version includes an additional 20 videos along with the 32 audio, live, and acoustic tracks.

Brand New, which originally released last year, has already produced two back-to-back No. 1 radio singles, “The God Who Stays” and “Truth Be Told,” the latter which just re-released as a duet with Pearce. The duo will perform the song live on the Grand Ole Opry stage tomorrow night, where he’ll also share two other hit songs. West’s next single to hit radio is “What If,” impacting later this month.

ABOUT MATTHEW WEST: Matthew West is a five-time GRAMMY nominee, a multiple ASCAP Christian Music Songwriter/Artist of the Year winner, and a 2018 GMA Dove Award Songwriter of the Year (Artist) recipient and has two RIAA® Gold-certified and a RIAA Platinum-certified singles. He has received an American Music Award, a Billboard Music Award, a K-LOVE Fan Award, and named Billboard’s Hot Christian Songwriter of the Year. West also received a Primetime Emmy® Award nomination for Original Music & Lyrics for the title track for the feature film “The Heart of Christmas.”

In addition to his own recording career, he has more than 130 songwriting credits to his name, including cuts by Rascal Flatts, Scotty McCreery, Michael W. Smith, Amy Grant, Mandisa, Danny Gokey, and others, along with back-to-back No. 1 songs by Casting Crowns including their single, “Nobody,” which features West. He was also nominated for a GRAMMY Award in 2019 for Casting Crowns’ song, “Only Jesus,” as a songwriter. West also co-wrote Jeremy Camp’s multi-week No. 1 song, “Keep Me In The Moment.” In February 2020, he released his new studio album, Brand New, which produced the multiple-week No. 1 single, “The God Who Stays,” and his most recent No. 1 single, “Truth Be Told.” In August 2020 he launched his official podcast, “The Matthew West Podcast,” on the Annie Downs’ That Sounds Fun Network.

Adding author to his list of accolades, West has written five books to date: Give This Christmas Away, The Story Of Your Life, Forgiveness, Today Is Day One and Hello, My Name Is. He is also passionate about providing hope and healing through the power of prayer and story. Along with his father, Pastor Joe West, they founded POPWE, a non-profit ministry helping others to craft, share, and live a more meaningful life. Please visit popwe.org for more information. For all things Matthew, visit his site at MatthewWest.com.