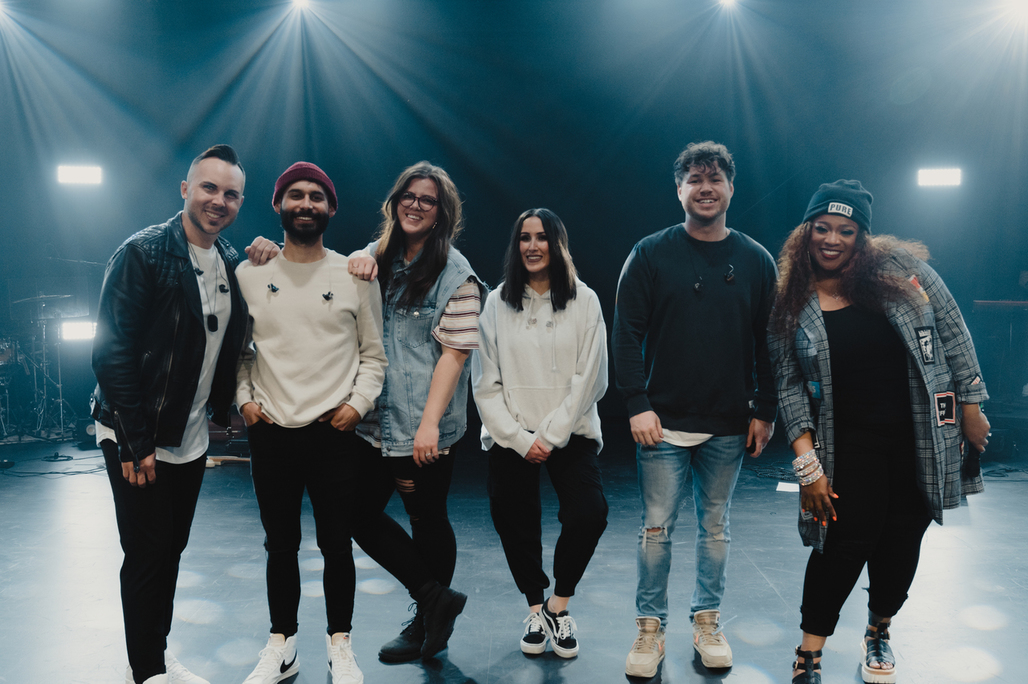 Nashville, TN (May 27, 2021) – Award-winning artist, actress, and entrepreneur Kierra Sheard-Kelly has teamed up with contemporary Worship group Red Rocks Worship and Essential Worship to co-release their new performance of “Something Has to Break (Live)” (Karew Entertainment/Essential Worship/ Provident Label Group). Delivering an ascending worship experience of her No. 1 hit single, Sheard-Kelly paired up to create this new powerful live performance together with the worship group, whose ministry is based out of the Denver, Colorado-based Red Rocks Church. Releasing the digital single and live video of their performance, “Something Has to Break (Live)” is available via all major digital providers on Friday, May 28th with the video also available via Essential Worship’s YouTube channel.

Recorded live before worshippers at Red Rocks Church, Kierra Sheard-Kelly and Red Rocks Worship make a declaration of strength and faith in God’s constant presence, who is always there to lift us up through our times of worries and doubts. Originally released on her chart-topping hit album KIERRA with a featured appearance from Tasha Cobbs Leonard, along with recording an acclaimed version in a live duet with her mother, Gospel legend Karen Clark Sheard, Sheard-Kelly’s single “Something Has to Break” went No. 1 on Billboard’s Gospel Digital Song Sales chart. Red Rocks Worship has also previously recorded a version of the song which appears on their latest release, Things of Heaven (Where We Come From). Since both artists are a part of the Provident Entertainment family, it was a natural fit to record a version together.  Sheard-Kelly co-wrote the song with Jonathan Smith, Mia Fieldes, and her brother, producer, and songwriter, J. Drew Sheard, II.

In addition to this new performance, Kierra Sheard-Kelly has continued to garner accolades for her sixth studio album KIERRA, recently receiving high honors with eight Stellar Awards nominations for 2021. Recognized across all major categories including nominations for Artist of the Year, Song of the Year for “Something Has to Break (Live)” ft. Tasha Cobbs Leonard, Albertina Walker Female Artist of the Year, Album of the Year, as well as four other nominations, the 2021 Stellar Awards will be taped on July 10, 2021.  Sheard-Kelly is also the creator of her fashion line Eleven60, acted in the hit 2020 Lifetime biopic movie “The Clark Sisters: The First Ladies of Gospel,” where she portrayed her mother, Karen Clark Sheard, and made a hit debut as an author with the recent April release of her memoir “Big, Bold, and Beautiful: Owning the Woman God Made You to Be.”

Red Rocks Worship is the expression of a dynamic community called Red Rocks Church, comprised of worshippers, creatives, songwriters, friends, and family all seeking to bring people closer to God. Based in Denver yet with campuses and reach around the globe, Red Rocks Church and Red Rocks Worship exist to make Heaven more crowded. They released their church worship independent debut EP seven years ago, which went No. 1 on the iTunes’ Top Christian and Gospel Albums chart. Since the launch of the group as an extension of the Red Rocks Church in Denver, they have released three full-length albums that have gone beyond their expectations and church walls. Their hit song, “Breakthrough,” has garnered more than 21 million audio streams and allowed the group to reach a broader audience. Red Rocks Worship recently released the first installment of the two-part EP, Things of Heaven (Where We Come From), offering songs for the listener that focus on the here-and-now of the kingdom, reminding worshippers that if the presence of God is here, so is heaven.