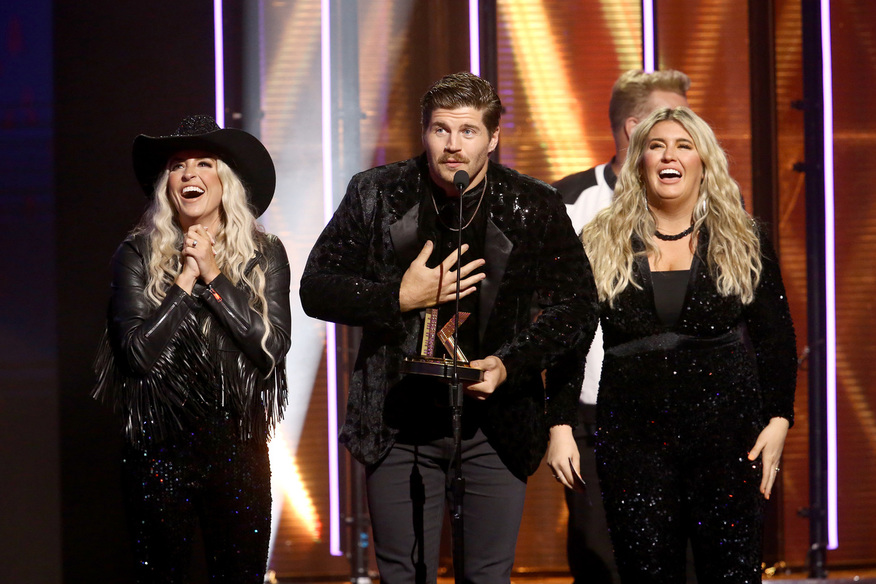 7 June 2021 – Nashville, Tenn – Provident Label Group is proud to announce that two of their artists – Zach Williams and CAIN – walked away with a total of three K-LOVE Fan Awards. Held at Nashville’s Grand Ole Opry on Sunday, May 30, and airing on TBN last Friday, June 4, singer/songwriter and multi-award winner  Williams received two: Male Artist of the Year and Song of the Year for the No. 1 hit “There Was Jesus” with Dolly Parton. “Rise Up (Lazarus)” from sibling trio CAIN, who also made their awards show debut, received Breakthrough Single of the Year for their chart-topping single.

The Provident family went into the awards show with an astounding 13 nominations. Matthew West returned as host for the annual event while also performing his top hit “Truth Be Told” with country superstar Carly Pearce. Other appearances and performances were made by Chris Brown of Elevation Worship, Casting Crowns, and Leanna Crawford.

Now in its eighth year, the K-LOVE Fan Awards is the only fan-voted awards show in Christian entertainment, bringing together the biggest names in Christian music, films, sports, books, and more