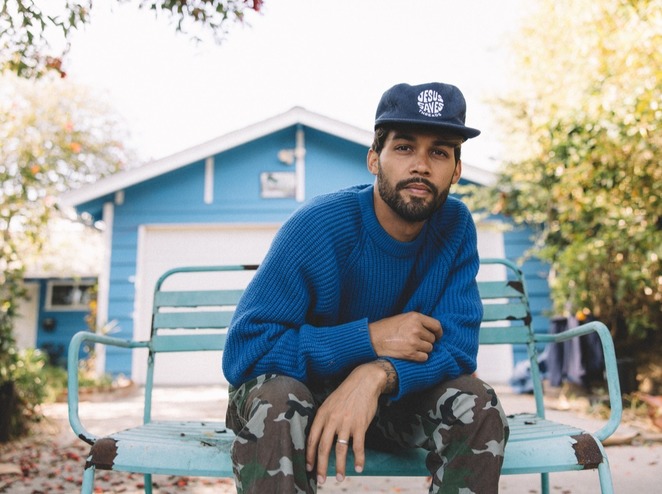 25 June 2021 – Nashville, TN – Ryan Ellis, a singer, songwriter, and worship leader, is the newest member to join the Provident Label Group/Sony Music family. Debuting his single “Heart of the Father” accompanied by a lyric video today, an acoustic song session with Essential Worship is also out now, which can be viewed below.
“This song was written in a season where I was really discovering the grace of God and His kindness, patience, and mercy,” Ryan Ellis shares about “Heart of the Father.” He continues, “I was a worship pastor living in a city called Isla Vista, California. The goal behind our ministry was to show the people in the party city that it doesn’t matter where you are or what stage of life you’re in — there’s always going to be the grace and love of God waiting for you. He always accepts us exactly where we’re at, and walks alongside us. I feel like this song shows what it is to be a believer and how we’re called to walk and love people. I hope this song blesses you.”

His name may be new as a signed artist, but Ryan Ellis has been preparing for this moment his entire life. With songwriting talents that have allowed him to pen songs for Matt Redman, Natalie Grant, Meredith Andrews, Steven Malcolm, House Fires, and more, he also wrote Chris Tomlin’s “Resurrection Power,” earning him a GMA Dove Award nomination and ASCAP’s “Most Performed Song” award in 2018.

Accolade, however, is not the fuel of Ellis’s fire. He shares, “I’m a devoted husband and father first. I have a deep love for Jesus and the way that songs draw people in to experience Him, to be inspired and encouraged, and ultimately to let them know that they are loved. Music is the language that everyone can understand, and it’s all I know how to do. ”Prior to partnering with Provident, the San Diego native spent five years serving in the U.S. Navy, including a tour of duty in Afghanistan, yet his gift for artistry had him singing and dancing since childhood. Honing his skills to becoming a founding member of the original Jabbawockeez hip-hop dance crew, it was when he had a personal encounter with Jesus that his life changed and led him to become the Worship Pastor at Isla Vista Upper Room and overseeing Isla Vista Worship.

He eventually released the EP’s Live from the Upper Room II and Kingdom Glory, and in 2019 he dropped a dual album release Lyfe and Rysponse, both a challenge and invitation to listeners to be candid about the struggle yet stand firm in the truth and promises of God. With millions of online streams and a growing amount of listeners, there is no denying the integrity and sincerity found in the songs of Ryan Ellis isn’t falling on deaf ears.

Ellis continues to reside in southern California with his wife and two children. He is represented by maddjett.

Find out more by visiting RyanEllisMusic.com and his social links below.