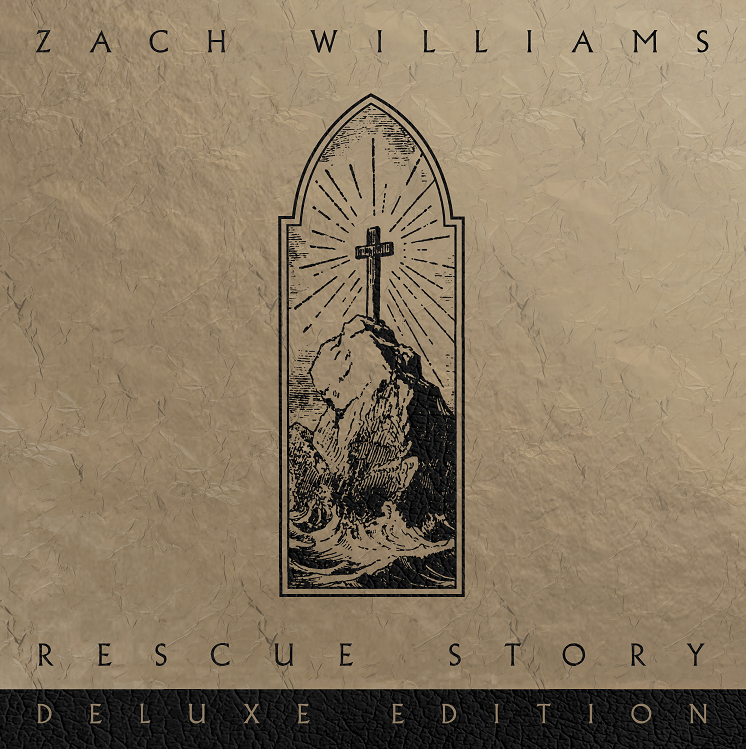 9 July 2021 – Nashville, TN – Rescue Story Deluxe Edition from Zach Williams officially releases today. The anticipated album offers the original tracklisting, including the GRAMMY®-winning single “There Was Jesus,” and accompanied by newly recorded songs such as “Empty Grave,” “The Struggle,” and “Stand My Ground,” which he performed live at the K-LOVE Fan Awards held in May. Official music and lyric videos are also included in this special deluxe release, such as Williams’ new video for “Good To Know,” which can be viewed here and below. The Rescue Story Deluxe Edition is available at all digital service providers.

TOURING: Williams’ “The Rescue Story Tour” is officially back hitting 40+ major markets this fall. Joined by CAIN and We The Kingdom, the tour will kick off on September 23 in Columbus, Ohio, and conclude November 28 when Williams, along with CAIN, will wrap the tour with a special hometown show at Nashville’s historic Ryman Auditorium.

Concertgoers will get to hear many of Williams’ popular songs such as his top-charting “There Was Jesus” along with longtime favorites “Chain Breaker,” “Old Church Choir,” and “Fear Is A Liar,” as well as newer hits “Rescue Story,” the No. 1 single “Less Like Me,” “Stand My Ground,” “The Struggle,” and many more.

Tickets are on sale now for “The Rescue Story Tour” and Williams’ unique VIP Meat & Greet. While many dates are already selling out, be sure to click here for the latest information.

ABOUT ZACH WILLIAMS: Williams is a husband, father, recording artist, and songwriter, and a two-time GRAMMY® winner (Chain Breaker, 2018; “There Was Jesus,” 2021). Along with an additional five GRAMMY nominations, Williams is also a multi-GMA Dove Awards and K-LOVE Fan Awards winner and nominee.

He made history with two consecutive radio No. 1 hits for 35 weeks as a debut artist (“Chain Breaker,” “Old Church Choir”), and “There Was Jesus,” his duet with Dolly Parton, topped the charts for multiple weeks. Most of all, Williams’ music comes from a place of humility and honesty as his songs are a direct reflection of God’s redemption in his life.