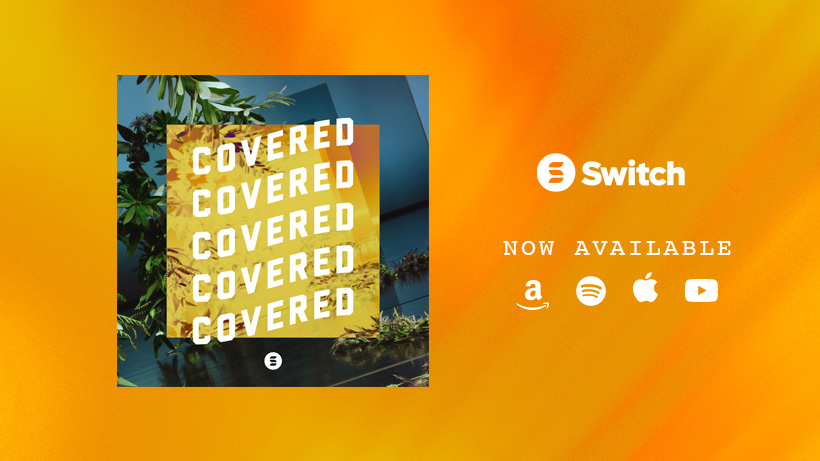 “COVERED” IS AVAILABLE NOW ACCOMPANIED WITH A LYRIC VIDEO

11 February 2022 – Nashville, TN – Following the release of “Letting Go” in January, today Switch announces the release of their latest single, “Covered.” Both singles will be on the group’s upcoming album, Better View, Part II, releasing March 11th. Sung by Switch member Cassidy Estevez, “Covered” is an upbeat song that describes the lightness we feel when we put our trust solely in Jesus.

“The song reminds us that we don’t have to know all the answers to know that Jesus has us covered,” said Estevez. “Even in the middle of uncertainty, we can find freedom when we choose to trust God’s plan for our lives.”

Part II of the Better View project follows the fall 2021 release of Better View, Part I (Sony Music/ Provident’s Essential Worship). This project brings a Top 40 sound with a 90’s influence, bridging the gap between pop music and Christian lyrics. As with Better View, Part I, the release and theme of Part II come from the group’s hope that as people listen to the songs, they will gain a better view of God and how much He loves them.

“We are passionate about creating songs that combine a modern sound with the truth of the Gospel, and we wrote this album for anyone who is struggling with questions about their faith, especially students and young adults,” Switch shares. “This is the first generation that’s growing up with so much exposure to unfiltered hardships across the world and social media comparison as a part of everyday life. We wrote these songs to help them navigate these difficulties with a faith perspective.”

To learn more about Switch and to listen to the Better View project, visit life.church/switchmusic.

About Switch: Switch is a collective of worship pastors from Life.Church, a multi-site Christian church that meets in 39 locations in twelve states and globally at Life.Church Online. They are focused on creating modern music that helps listeners connect with and engage in a relationship with Jesus.
Following the success of its first EP, Symphony, Switch was named Billboard’s 2019 Top New Christian Artist, and the title track “Symphony” earned Hot CHR Chart’s No. 1 Song of the Year in 2019. The group released its debut full-length album, Symphony, in February 2020, and Better View, Part I dropped in the fall of 2021.