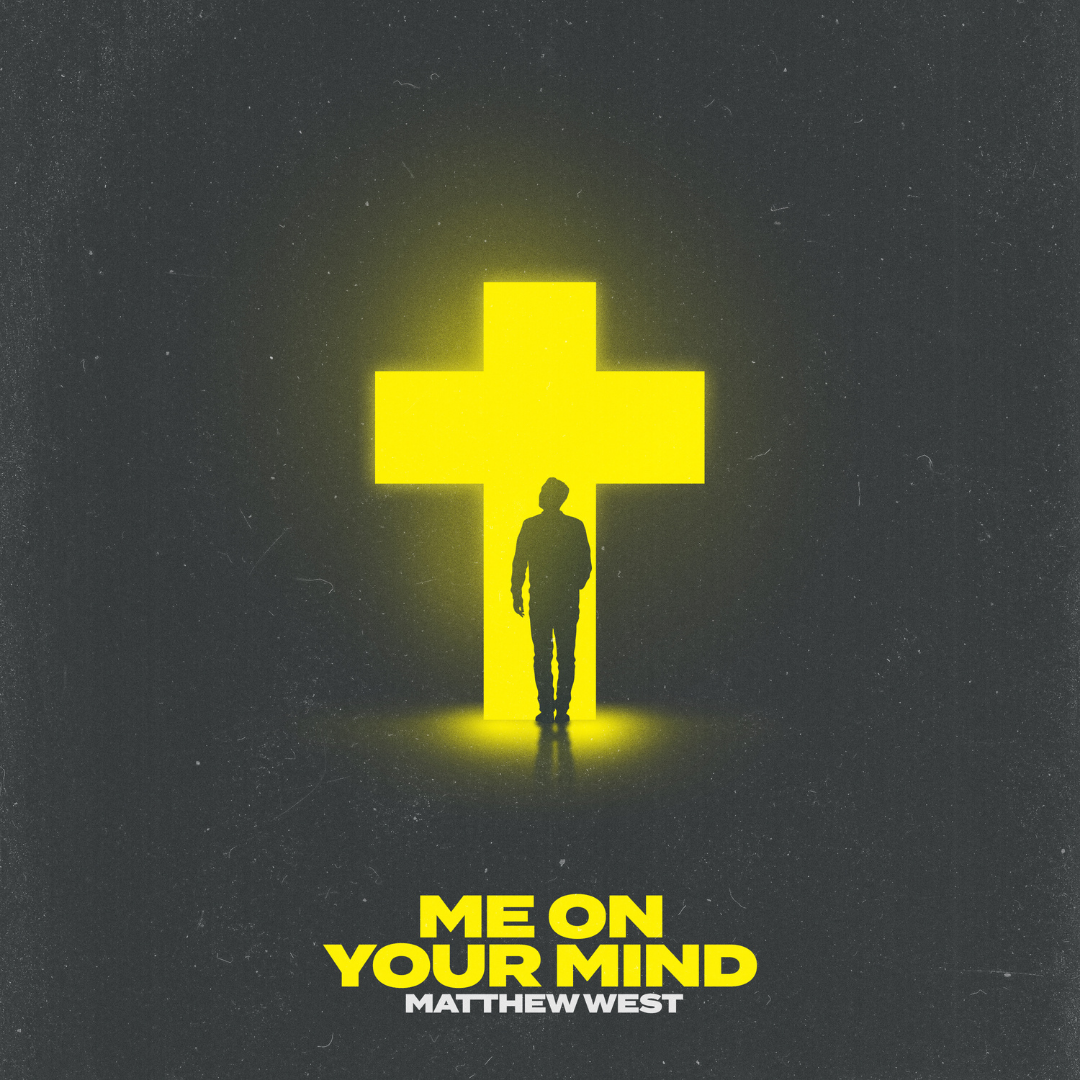 MATTHEW WEST RELEASES POIGNANT SINGLE TODAY, “ME ON YOUR MIND,” ACCOMPANIED BY AN OFFICIAL MUSIC VIDEO

18 February 2022 – Nashville, TN – Matthew West drops his latest single today, “Me On Your Mind,” accompanied by an official music video, which can also be viewed below. The poignant song, and one of his most personal to date, was inspired by his time in the Word and summed up by Psalm 8.  “Have you ever read a scripture and felt like God was speaking directly to you?” West questions. “I have, and that was the inspiration of ‘Me on Your Mind.’ I read the story of the thief on the cross finding forgiveness in his last breaths and the story of the prodigal son being welcomed back home into the arms of a waiting father, and my heart flooded with this feeling that those stories apply to me.”  West, who co-wrote the song with Jeff Pardo and Anne Wilson, continues, “There are powerful words written in Psalm 8 that sum up the heartbeat of ‘Me on Your Mind.’ When I consider Your heavens, the work of Your fingers, the moon, and the stars, which You have set in place, what is mankind that You are mindful of them, human beings that You care for them? It’s the amazement that the Creator of the universe, the King of the world, would give one single thought about me that touches my heart on a deep, deep level. God used the process of writing this song to bring me to a deeper understanding of the heart of my Heavenly Father, and I’m praying it will do the same for all who hear it.”

Brian Dishon, SVP of Marketing for Provident Entertainment/ Sony Music, adds, “We are so excited to have a new song from Matthew to share with the world – and such a personal song that gives us reason to worship God for thinking of us in all that He has done and will do.  This is also just the first of many songs coming from Matthew in 2022. . .be watching for more!”
Matthew West, the reigning ASCAP Christian Songwriter of the Year, is sharing “Me On Your Mind” along with his numerous other hits on his “Brand New Tour” this spring. Running through May, click here to see if the tour is coming to a town near you. Fans can also hear incredible stories told during his own Matthew West Podcast, where he celebrated more than 1.8 million downloads to date. Weekly he helps others tell their stories to help make an impact in people’s lives. Check his podcast out here on the Annie F. Downs’ That Sounds Fun Podcast Network.

ABOUT MATTHEW WEST: Matthew West is a multi-award-winning artist and songwriter. This past year he had had five No. 1 songs to his credit, including his own multi-week No. 1 song “What If.” He is also this year’s ASCAP Christian Songwriter of the Year, his fourth time with this honor in his career. With several RIAA Gold-certified and Platinum singles to his name, he has also received an American Music Award, a Billboard Music Award, and has been named Billboard’s Hot Christian Songwriter of the Year.  During the pandemic, West released songs such as “Take Heart,” “Quarantine Life,” “Gobble, Gobble,” along with two duets for “Truth Be Told” – one with CMA Awards® and ACM® Awards winner Carly Pearce and another version with multi-genre artist Lathan Warlick. West also hosts “The Matthew West Podcast” with new episodes weekly. He is also passionate about providing hope and healing through the power of prayer and story. Along with his father, Pastor Joe West, they founded POPWE, a non-profit ministry helping others to craft, share, and live a more meaningful life. Please visit popwe.org for more information.  For all things Matthew, visit his site at MatthewWest.com.